Prior to the release of Phantom Thread, it was announced Daniel Day-Lewis was retiring from acting and that this movie would be his last. Let’s hope he changes his mind because he really is a brilliant actor. Daniel Day-Lewis actually is the actor with the most ‘Best Actor’ Oscars in history, with wins for his role in My Left Foot (1989), There Will Be Blood (2007), and Lincoln (2012). 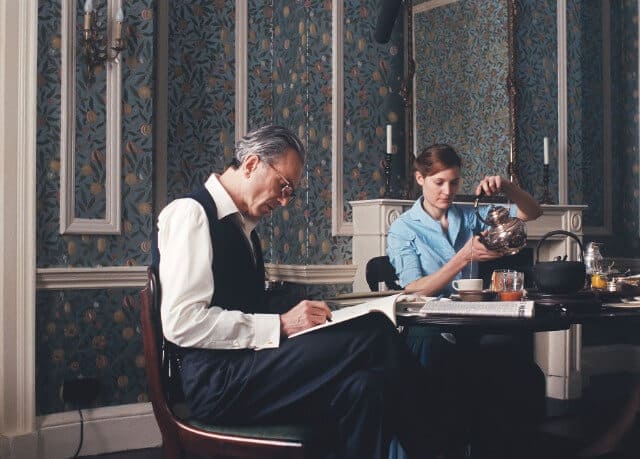 Phantom Thread is a subtle but dark fairytale about an obsessive and unsettling kind of love. Daniel Day-Lewis plays Reynolds Woodcock, a talented and renowned fashion designer in Postwar London. He’s quite an obnoxious neurotic character though, ruling over his household and his label like a dictator. His sister Cyril, played by Lesley Manville, is always around even when she shouldn’t be.

At some point Reynolds meets a waitress named Alma, played by Luxembourg actress Vicky Krieps. She looks shy and humble but she’s tougher then she looks. Alma soon becomes Woodcock’s muse and favorite model. Alma is very much in love with Reynolds (God knows why…?!) and they get into an ambiguous relationship. There is also an Oedipal fixation somewhere in there.

The whole atmosphere in Phantom Thread is opressive. There is little to no action, but you still get sucked into the movie and feel all claustrophobic while watching! The relationship between Alma and Reynolds is quite f*cked up and sadomasochistic. There is a constant silent powerbattle between the two, a cold war.

The movie is partly based on the relationship of writer director Paul Thomas Anderson and his wife Maya. He got the idea when he was ill and she was taking care of him. 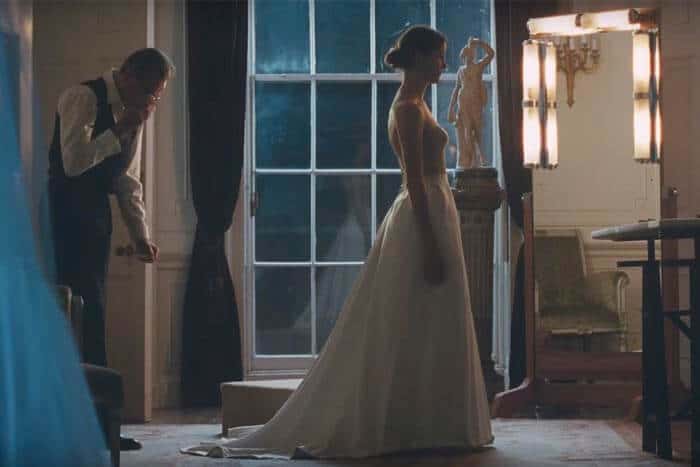 Phantom Thread is a captivating movie. The styling and the costumes are beautiful. The movie won different awards for Costume Design including an Oscar. The shots are beautiful and the music is perfect. There are 90 minutes of Jonny Greenwood’s score used during the movie (130 minute). As for the acting, wow. So yes, eventhough the story is quite disturbing, Phantom Thread is an absolute must-see.

The Singing Club in de bioscoop

This website uses cookies to improve your experience while you navigate through the website. Out of these, the cookies that are categorized as necessary are stored on your browser as they are essential for the working of basic functionalities of the website. We also use third-party cookies that help us analyze and understand how you use this website. These cookies will be stored in your browser only with your consent. You also have the option to opt-out of these cookies. But opting out of some of these cookies may affect your browsing experience.
Noodzakelijk Altijd ingeschakeld