There are dolls, books , dvd’s, computergames and a lot of merchandise of Monster High. It started with the dolls. Mattel makes the dolls. They also make Barbie but Monster High dolls are very different from Barbies. The dolls are all monster teenagers based on monsters and science fiction characters that’s why they are called: Monster High dolls.

Different versions of one doll

There are many different dolls and some of the dolls have more than one version like for example: there is the normal Clawdeen Wolf and also Dawn of the Dance Clawdeen with green hair, Sweet 1600 Clawdeen, Gloom Beach Clawdeen with swimsuit, Dead Tired Clawdeen when she wakes up, School’s out Clawdeen and Campus Stroll Clawdeen with purple hair, etc….

Al the character dolls have a little diary in the box. In the diary there’s information about dolls, like how old they are.They have also different personalities, that’s also written in the diary. 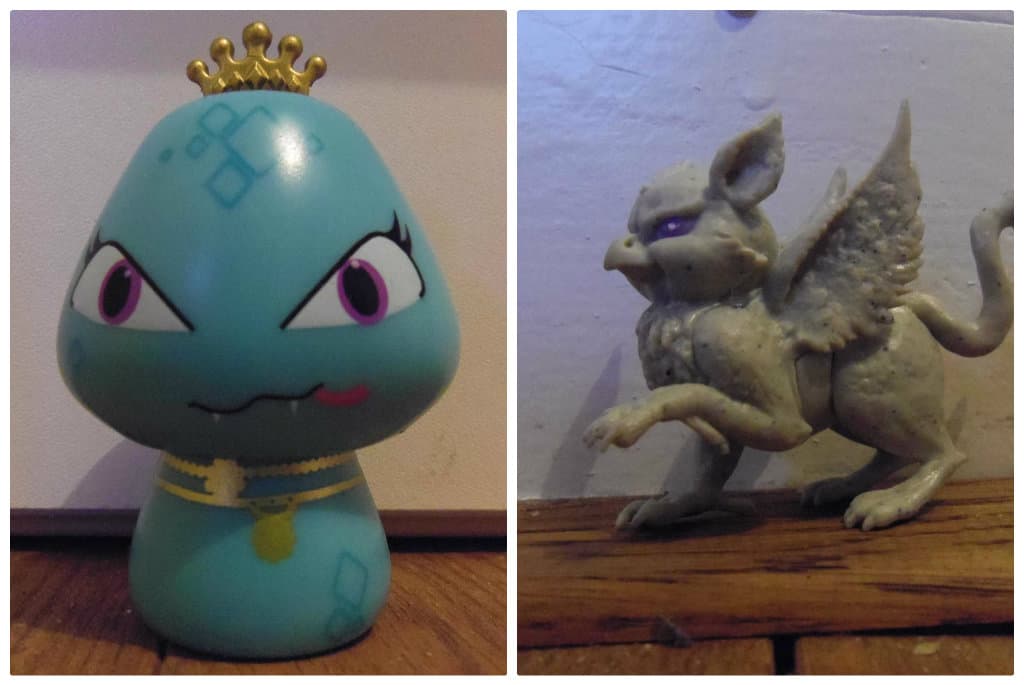 All the dolls have a little pet: Spectra Vondergeist  has a ferret and Abbey Bominable she has a little mammoth!

There are all sorts of monster dolls, like: Lagoona Bleu is a water monster, Choulia Yelps is a zombie, Draculaura is a vegan vampire, and Cleo de Nile is a mummy! They make more dolls and characters all the time like Robecca Steam, Venus Mcflytrap, Holt Hyde and Toralei Stripe.

You can collect all the dolls, you also have boys, like Deuce Gorgon.  On the site of Monster High you can find a page with information about all the characters. There are also games on the site like: Froggie dash, decorate your locker, and student pasport!

There is the tv show of Monster High too. There are the good ones and the bad ones. The good ones are in the in the “fearleading team”, so that means the cheerleading team. Frankie Stein always loses her hands and Draculaura can’t see herself in the mirror, and all that stuff, because they’re monsters…

Deuce Gorgon is Medusa’s son, he always wheres glasses so no one will transform into stone, Medusa is a greec woman with snakes as hair and she turns people into stone when they look into her eyes.

That’s why Deuce also is greek. Cleo is his girlfriend and the leader of the fearleading team, her enemy   is her sister, Neffera de Nile, she’s always trying to ruin the acts of Cleo and her team, she is very populair and she loves to be mean to her sister.

And Operetta also has her story, she’s the daughter of the Phantom of the Opera. The phantom of the Opera’s real name is Erik, he lives in a building where they have opera’s. He’s dangerous for the people in the building…

But that’s enough about the characters, there are also the books by Lisi Harrison. Until now, there are four parts: Monster High, the ghoul next door, where’s a wolf is a way, and back and deader then ever. These books are amazing.

Part one is about Victor who creates a girl…his daughter. He calls her Frankie, she’s 16 and…green. So she has to hide her skin in make-up, but she doesn’t want to, so Victor and Viveka (her mother) bring her to school without make-up. The cheerleaders freak out and call the police when they see her skin.

Frankie runs away with Victor and Viveka, the police searches for a while but when they can’t find her, they stop searching. When Frankie gets to another school, she gets new  monster friends, but there are still problems…And Melody Carver also has a big role in the book, but she’s not a monster, she’s a normie.

She gets on the same school as Frankie, and meets Cleo de Nile. But she also meets Jackson! She falls in love with Jackson, but sometimes, Jackson turns into someone else. He’s then very different then the normal Jackson. Melody films it on her phone, and when Jackson sees it, he tells Melody about his black-outs! When Bekka finds the phone, everything is going wrong…

So that was my blog about Monster High! Thanks for reading!

2020 update: Monster High are rare to find these days because Mattel stopped making them a few years ago.