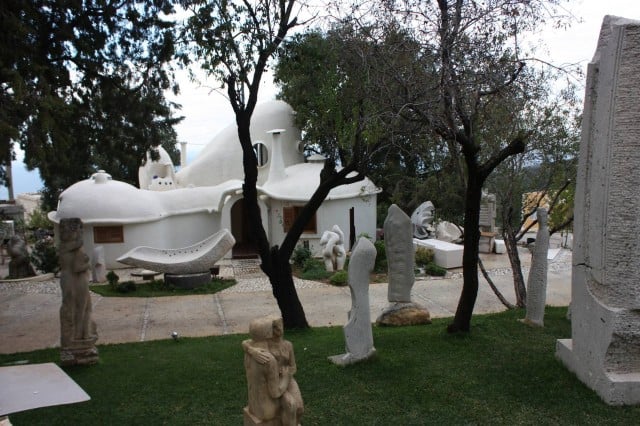 Lebanon is a beautiful country and a fascinating holiday destination. Lebanon has it all (and more than it wished for): culture and tradition, mountains and ski resorts, sea and sun, exciting nightlife, great healthy food, high fashion and gorgeous women, more manicure and pedicure salons than in Hollywood, fast cars and completely nuts driving, political instability, war and pollution. Did I mention the great food ?

A Road Trip through Lebanon

Lebanon is small and compact, therefore driving is a practical way to explore different regions and cultural sites. I would avoid the car in Beirut itself though because you will pass more time in the traffic jams than you would actually be driving. Option nr. 2 in Beirut is walking , but that’s kind of suicide as sidewalks are non-existant in most areas. Lebanese people don’t walk and they will think you’re mad if you do walk. Crossing a road can be very exciting (and fatal?!). Traffic lights are a rarity.

Discovering the capital is probably best (and safest) by cab (which you can recognise by the red license plates). If you do drive, take care for the Lebanese driving style (read about the Lebanese driving license and you’ll understand why), which is all about being reckless and fast and using the horn a lot. Highways are in good state but smaller roads can be in bad shape, especially the secundary mountain roads.

When driving you will come across checkpoints every now and then. When you see one, you should slow down, open your window, take off your sunglasses and wait for a handwave from the soldier which means you can drive on. They sometimes ask for your id but that rarely happens. They are just there and you will probably end up getting used to them.

Top 10 things to see and to do in Lebanon

Bustling capital on the beautiful Mediterranean. Beirut has anything you wish for on material and cultural level. As for landscapes and nature get out of this lively city and head for the countryside. It’s not exactly a beautiful city, lots of concrete and high flats, but it has a lot to offer: great museums, great entertaining, great people, great clubs and utterly great restaurants (don’t miss out on dinner at Leila’s while in Beirut. Seriously don’t, it’s so yummy!!)

Impressive archaeological treasures site in the Beqa’a valley. The temple of Bacchus is the best preserved ancient temple in the world. It  is larger than the Parthenon. The most famous sight in Baalbeck is the Temple of Jupiter with six large columns.Once a year in summer the ruins of Baalbek are an open air podium for the Baalbek International Festival with interesting international artists. Baalbek is a UNESCO world heritage site. While in the Beqa’a valley, stop at the Taanayel farms for a relaxed day out in the nature!

The caves are situated in the Nahr al-Kalb valley close to Beirut, about 20 km. You could combine the visit with a visit to the zoo if you’re travelling with kids. The caves have been closed for years due to the war but are fortunately open for tourists again. One part of the tour takes place by boat, en there also is a small trip by mini cable cars at the beginning of the tour to get at the entrance of the caves. There is an upper cave and a lower cave. The lower cave can only be visited by boat since it channels an underground river. One can find the world’s largest known stalactite in the upper galleries.

Byblos is one of the oldest cities in the world, if not the oldest, that has been continuously inhabited. It has an important archaeological site as well as a nice cosy little port with good restaurants. Have lunch at Bab El-Mina with wonderful views of the port. A good place to chill!

The Mzaar resort right above the village of Faraya is a large ski resort (top 2465m) with modern facilities and a luxurious Intercontinental hotel. It has 42 slopes and 80 kilometers of ski tracks. It’s about a 40 minutes drive from Beirut. So you could on the perfect day, swim in the morning and ski in the afternoon. Close to Faraya you will find the village of  Faqra where you can see the ruins of a Phoenician temple and a Roman tower. Next to Faqra there also is the spectacular natural  bridge of Kfardebian formed by wind and water erosion. It’s 38 m and it’s hard to believe the bridge has been made by nature, it looks so perfect.

While in Lebanon absolutely do not miss the impressive palace of Beit ed-Din, built in the 19th century over a period of 30 years  by Emir Bechir II. It is a gorgeous example of the Lebanese architecture in that time. It’s only about 40 km from Beirut so it’s an easy daytrip (best combined with a visit to the village of Deir el-Qamar).

Look out for the annual Beiteddine Art Festival in the summer months with art exhibitions and music and theater performances. The palace also houses an interesting museum with a collection of weapons and jewelry and that kind of stuff as well as a Byzantine mosaic museum and an archeological museum. But honestly the palace itself is far more special than the museums.

The pride and symbol of Lebanon. You can see the cedars not far from Bcharre (1840 m high) in a small forest in the mountains. The trees there are called Arz el Rab, meaning the cedars of the Lord (and they are a Unesco world heritage site). The trees there are the oldest of Lebanon, a few hundred years old – although some say they could be two thousand years old. Anyway the region of Bcharre and the Qadisha Valley is gorgeous and perfect for hiking. The famous writer Khalil Gibran was born in Bcharre and one can visit the house he was born in.

Visit the large archaeological areas, the Phoenician port, the Roman hippodrome and the old necropolis. Tyre was added to UNESCO’s World Heritage list in 1984.

The old Phoenician streets of the Southern portuary town of Sidon are filled with history. Have a walk through the old town and the Souk and visit the Great Mosque and the archaeological sites. The beautiful Sea Castle and the Khan al-Franj are worth a visit as well. While in Sidon don’t miss the soap museum! It’s pretty and fun and the perfect place to buy authentic olive oil soap for your friends back home.

Lebanon is a great and unique holiday destination but do follow some security rules. The political situation has been fine for years now but the region is not one of the most stable ones in the world therefore it’s wise to check the latest travel advise before booking.The most fragile regions are the South of Lebanon, South of the Litani River, near the Israeli border. Tripoli in the North can be tense at times.

Some other interesting stuff about lebanon: