Ok, so this blog is about where I have been and what I find the top 12 most beautiful or fun places for children in Europe. I hope that you’ll  like it, here we go:

In Plitvice there are dragonflies everywhere! They are beautiful and they have so much different colors, blue and green and red and more! The landscape is also gorgeous so it is beautiful to walk there. Sometimes the dragonflies sit on you! There are also bears living in the forest there but you don’t see them. Luckily!

Legoland is a theme park about…Lego!! There are Legolands outside Europe too like in Malaysia and in the US. In Europe there is the one in Denmark where we went and one in the UK and one in Germany.

They have built like everything out of Lego and there is a shop where you can buy all kind of Lego. Of course there are also many attractions, all made from Lego too. If you like Lego, this is paradise.

I’ve written about Artis in the best things to do for children in Amsterdam before: Artis is a  zoo, and you have nice big playgrounds and some things to explore. 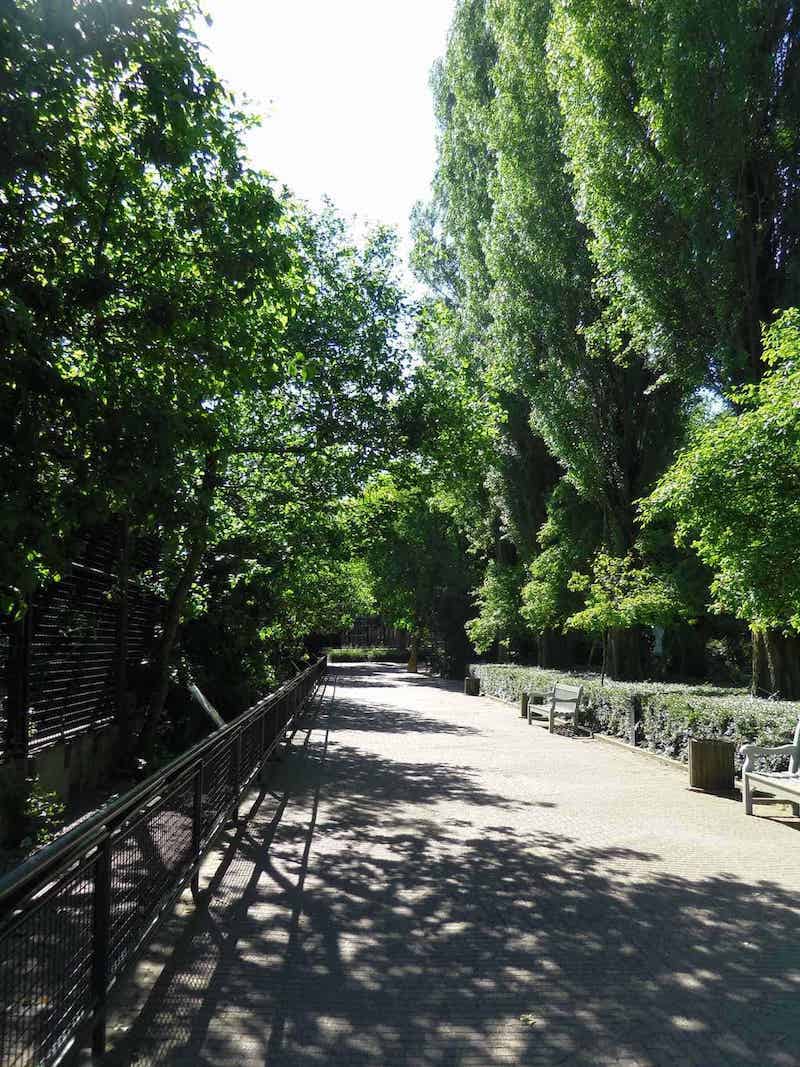 My favorite animal there is Stipje, a catfish in the aquarium. There is also Yindee, an elephant. She’s a girl and she’s not really small but not really big either. She likes to play with her little brother, but he doesn’t seem to really appreciate that because everytime Yindee touches him he runs to their aunt. He was not born long ago.

In Artis there is also the Vlindertuin. It’s a place with only butterflies and under the Vlindertuin, you can see seals swimming! And the kinderboerderij is funny, it’s a children’s farm in the zoo where you can pet goats and a pig!

When you go to camping Cesenatico you can do so much stuff! The camping is close to everything. It’s close to the beach, there’s a little tourist train that goes to Cesenatico, you can go really fast to different cities and theme parks!

You don’t have to take your tent with you if you don’t want to, but you can rent a bungalow or a small house, and you can also buy them if you want. There are concerts and theater and games in the evening, there is a swimming pool, a pizza restaurant and you can also win stuffed toys in a machine.

Of course Disneyland Paris is quite famous. I understand it is because it’s one of the coolest places for children in Europe. I would love to go to Disneyworld in Orlando in the US some day too!

In Disneyland Paris you can meet Mickey Mouse, Donald Duck, Pluto and more of the Disney characters. You can buy souvenirs and the food is really delicious!!! Especially “ze desurts”. There are many attractions, some chill ones but also some really super scary ones,  and a place with some chairs where you can watch movies.

Sometimes you have to wait a long time in the line because it’s always very busy in Disneyland but that’s not very bad. The rooms in the hotels of Disneyland are big but a little…well, pricey…

Yes, automates. Automatic…Well, that’s because everywhere in the park there are dancing, singing, eating, studying, teaching, smiling, and crying dolls!

And… of course… they move.

There are playgrounds and in the holidays they have shows and workshops. It’s small and also a little bit old but it’s very nice anyway.

In Berthillon they have the BEST ice-cream! Really, it’s AMAZING. Really amazing.

And Paris is a really nice place for children in Europe by the way.  There’s so much stuff to do there.  The Notre Dame, the ice cream , the Palais de la Decouverte, the winter circus, the Eiffel tower, the Tuilleries garden with cool miniature boats, and everything!!! I have to write a blog about Paris alone because there is so much to do there! But if you go to Paris, start by an ice cream at Berthillon!!

Plopsaland is a theme park in Belgium with all the characters from the Belgium tv programs like Mega Mindy and Kabouter Plop. There is also the music band K3 and fun attractions like de Draak and Wienerwalz.

There are nice attractions for small children but also for bigger children so for all children!! There are more parks from Plopsaland but we were in the one of de Panne which is near the beach.

Kino Karaman was the first cinema of former Yugoslavia. It still exists and it’s a very small movie theater but it’s real nice to go there. The niece of mr. Josip Karaman who made the cinema is my dear great grandmother Cici! I’m actually very proud!

The Efteling is the most beautiful amusement park in the Netherlands (even in the whole world I think). It’s all about fairytales and everything looks old-fashioned and a bit from the times of the fairytales but it’s new and cool.

There’s also a man, in the wall, who says ‘papier hier’, which means paper here, and when you throw some paper in his mouth, he sucks it up! Actually he’s a garbage man but he’s funny.

There are also shows and attractions. My favorite attraction is Droomvlucht. It’s beautiful because you “fly” through the kingdom of fairies.

Italia in Miniatura is a really nice place for children in Europe, me and my brothers really enjoyed it. You can get sort of driving lessons, have waterfights, add yourself as a little puppet in the mini-country and more! It’s a nice attraction parc. Half of the park has attractions to play and the other half is Italy in miniature, so it’s more to look at. There are also parrots.

The great attractions are very cool! There’s a merry-go-round and a boat attraction. A waterfight attraction where you get super wet and much, much more!

This is the only place of my list I have never been to but I would love to go some day as it’s near the arctic circle and I think it looks very special and magical.

Thnx for reading everyone.

Only Murders in the Building is een lichtvoetige w